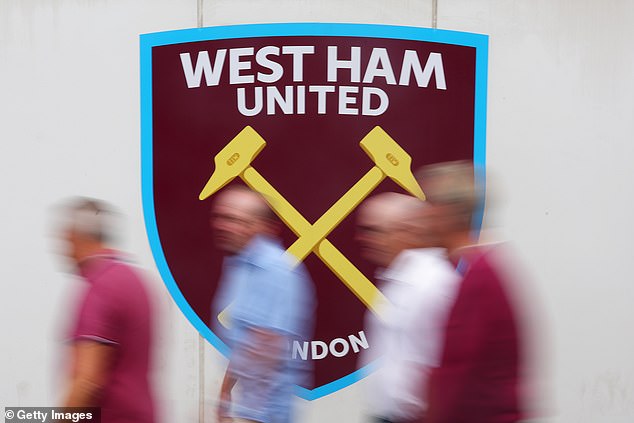 Premier League football club West Ham United are in partnership with an online finance business which is promoting its services in Russia, despite government warnings over the risk of crypto assets being used to bust sanctions designed to protect Ukraine.

The Hammers joined forces with PEAKDEFI in May this year, enthusiastically profiling the company, which allows consumers to trade online using digital currencies, to invest in its own crypto token and to earn commission by encouraging others to put their money in.

Concerns have already been raised about the risk of fans losing their money if they engage in online trading without expert knowledge as more and more clubs turn to crypto companies for sponsorship, however, now there is further disquiet about PEAKDEFI’s promotional activities in Russia.

A huge swathe of companies have pulled out of Russia after Vladimir Putin’s brutal invasion of Ukraine on February 24, including McDonald’s, KFC, Starbucks and big accountancy firms, like KPMG and Deloitte, among many more. But West Ham’s partner continues to push its services.

The company, which was launched by a team in Dubai in 2020, maintains two Twitter feeds, one in English and another promoting itself to a Russian audience, including offering online workshops and sharing a YouTube endorsement by a local influencer to drum up trade. 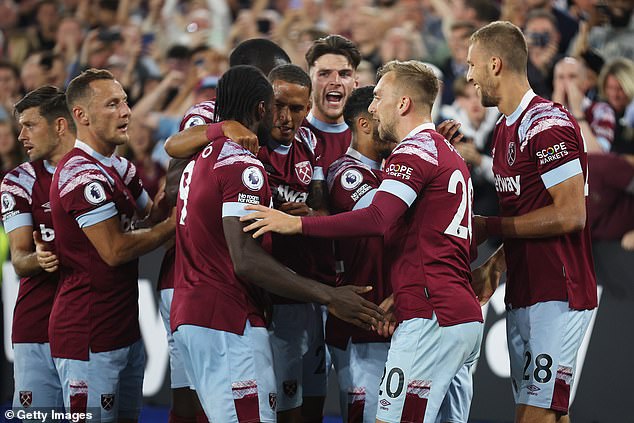 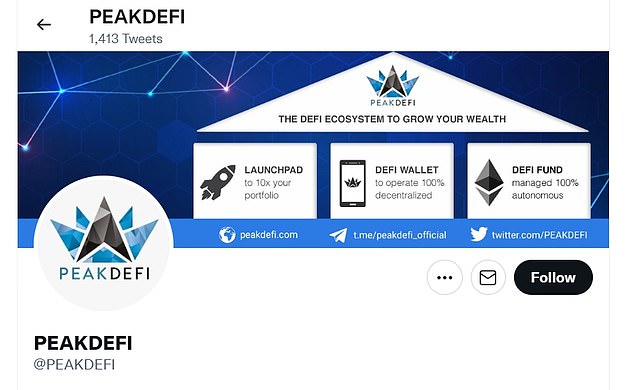 The feed also includes celebratory tweets about West Ham United, in one the company’s logo features on the big screen at the London Stadium.

Author and football finance researcher Martin Calladine says he is concerned that West Ham is choosing to partner with, and promote, a company still seeking crypto business in Russia while the war rages in Ukraine.

‘The situation [with PEAKDEFI] is they maintain two social channels, an English language Twitter and a Russian Twitter,’ Calladine, the author of Fit and Proper People and The Ugly Game, told Sportsmail. ‘The Russian one is regularly updated.

‘It is possible to purchase their tokens from the Russian Federation. So, they are deliberately and openly doing business in Russia.’

The cryptocurrency exchange website, Coinbase, lists 1000 PEAKDEFI tokens for 650 Russian Roubles, which is worth about £9.30. 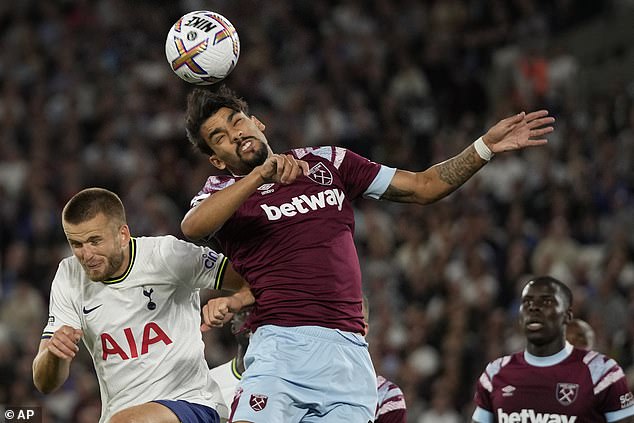 The UK government is concerned that crypto assets could be used by Russian individuals to dodge sanctions.

DEFI stands for decentralised finance, a technology-based system in which money can move online via cryptocurrencies.

The familiar system of banks and corporations is called a centralised financial system. They facilitate the movement of money and charge fees for their services.

In a DEFI system, people and businesses can lend, borrow, buy and sell directly with software that secures and records transactions using blockchain technology.

While it gives users more control over their assets, there is very little regulation to safeguard them and their money, or a central authority checking that the algorithms used to govern and record transactions are of adequate quality.

In addition, there is the risk of bad actors ‘pumping and dumping’ crypto assets at the expense of naïve users

Following the Russian invasion of Ukraine, the government quickly moved to target people close to Putin, and their relatives, with sanctions on all their economic resources, in an attempt to stop them using their wealth to fund lavish lifestyles around the world.

But it was feared that some oligarchs, who had close links to crypto companies, could still seek to move their wealth out of the country through virtual trading which is largely unregulated.

There is no evidence that PEAKDEFI have broken the law, but Calladine says the situation raises questions for West Ham.

‘It is a means by which Russians could circumvent financial regulation…’ he told Sportsmail.

‘The question here is why are West Ham advertising someone whose business could clearly be used… to breach financial sanctions,’ he added.

‘Crypto and virtual assets are treated no differently to any other type of assets for the purposes of an asset freeze,’ Anna Bradshaw, a partner at Peters & Peters, a London law firm, told The Guardian.

‘Having said that, reliance on crypto or virtual currencies could potentially make it more difficult to detect that a sanctioned party is involved, or that it relates to sanctioned trade or other sanctioned activity – at least in time for steps to be taken to prevent it.’

Last week, the government updated its official guidance so that it now explicitly refers to ‘cryptoassets’, which must be frozen if sanctions are imposed. 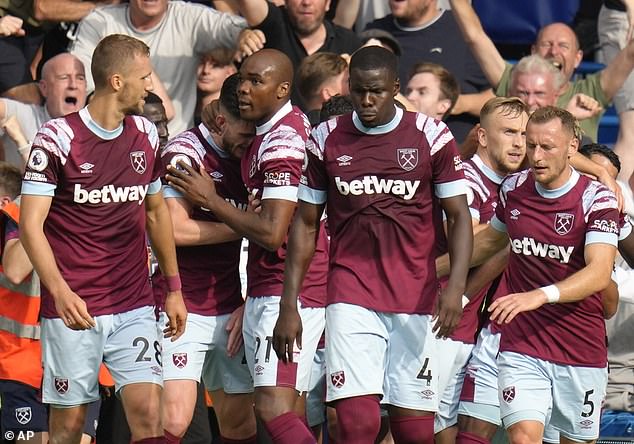 ‘It is vital to address the risk of cryptoassets being used to breach or circumvent financial sanctions,’ a Treasury spokesperson told The Guardian. ‘These new requirements will cover firms that either record holdings of, or enable the transfer of cryptoassets and are therefore most likely to hold relevant information.’

Meanwhile, the war in Ukraine is taking a huge toll. By the end of August, the United Nations was reporting almost 6,000 civilian deaths, including 1,000 children. And the Ukraine government admitted 9,000 military deaths. The number of Russian dead is not known but has been estimated at around 15,000 people, by the UK and US authorities.

In addition, Britain has committed to spend £2.3 billion in support of Ukraine through provision of weapons and other military support. 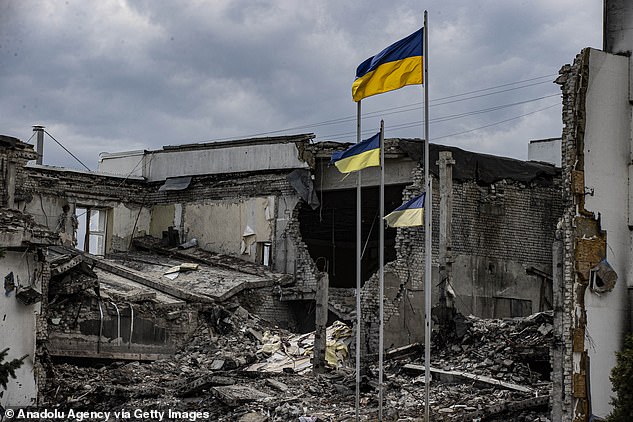 Russia’s war in Ukraine has killed almost 6,000 civilians and tens of thousands of soldiers 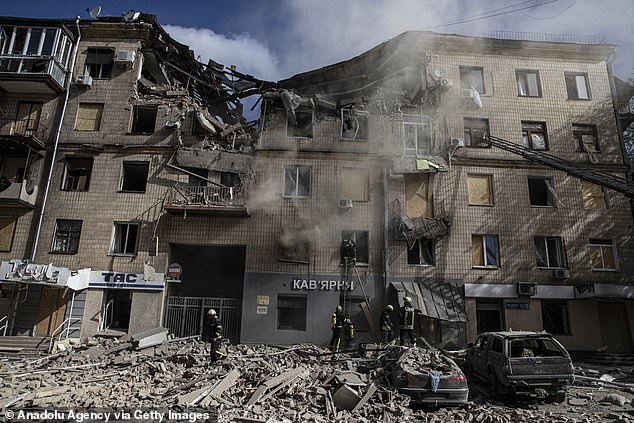 Calladine says he has contacted West Ham on multiple occasions to raise his concerns and also highlight the risk of fans losing their money if they invest in online markets, but he said he has not received a reply.

Crypto companies are increasingly common sponsors of football clubs, as they seek to grow their brand and increase awareness of their services. The Athletic reported in June that in the Premier League, 19 of 20 clubs have a crypto partner.

Their promotion by football clubs is seen as inappropriate by some experts since fans may be encouraged to put their money into an unregulated system without understanding all the risks.

PEAKDEFI offers the chance to invest in an asset fund using cryptocurrencies, purchase their own PEAKDEFI token and become an affiliate in which a user is offered the possibility of commission for attracting new customers based on the level of their own investment. 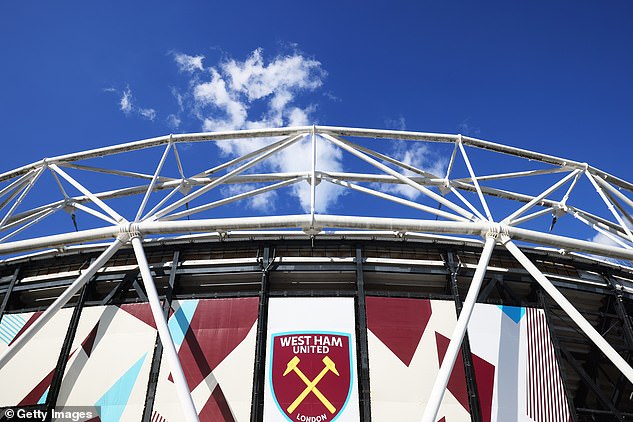 West Ham included a ‘health warning’ on its website when it announced its partnership with PEAKDEFI, advising fans to seek financial advice if required and to not spend more than they could afford

DEFI refers to decentralised finance, in which users can trade online without third parties such as banks.

It is attractive to some investors because it can give complete control over their portfolio, but the system is largely unregulated and therefore does not have the consumer protection offered by banks and traditional institutions, making users particularly vulnerable.

In announcing the club’s partnership with PEAKDEFI, Nathan Thompson, Chief Commercial Officer at West Ham, said: ‘We are thrilled to welcome PEAKDEFI on board as our new Official Decentralised Asset Management partner.

‘As the DeFi space continues to grow, we are keen to ensure West Ham remains at the forefront of technological innovation. Partnering with brands like PEAKDEFI allows us to do just that and share that innovation with our fanbase.’ 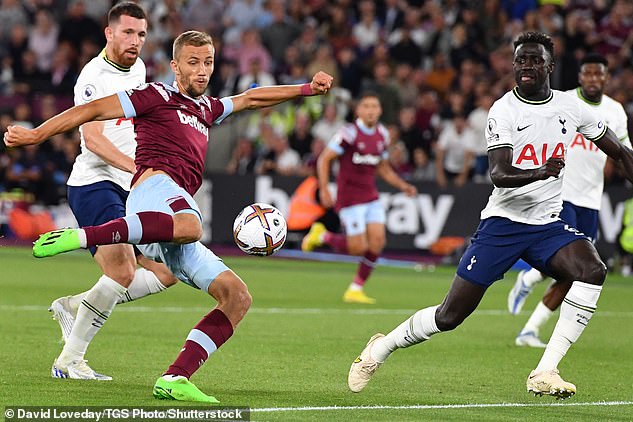 So, to summarise, West Ham’s crypto partner is:
-Run by someone with links to numerous MLMs and who has been accused of running pyramid schemes
-Provides financial services to Russia, something the UK government is cracking down on as it can help Russians evade sanctions…

Meanwhle, Sergej Heck, co-Founder and CEO of PEAKDEFI, made it clear they were aiming their products firmly at the club’s fans.

He said in the story on the Hammers’ website: ‘We look forward to engaging with the club’s global fanbase, and we hope to showcase the power of Decentralised Finance to the club’s community.’

The web story included a health warning at the bottom, which read: ‘The decision to invest on the PEAKDEFI app requires careful thought and consideration. We advise you to spend only what you can afford and always seek independent financial advice if required.’

But Calladine and football finance expert Kieran Maguire are unconvinced. 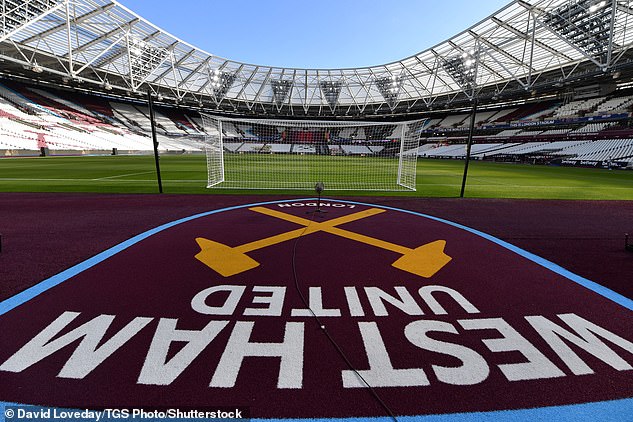 ‘What the companies are seeking is normalisation and legitimacy because that is the only way they are going to get investment,’ said Maguire.

‘Fans will often buy into the sponsor because they feel by doing so they are giving something back to the club. You can understand why these organisations are so keen to be connected with the game.’

‘Would I encourage anyone I know to invest in an unregulated, highly volatile and potentially easily manipulated product the answer would be ‘no’,’ added the lecturer from the University of Liverpool, who also presents the Price of Football podcast.

Maguire is concerned about football clubs lending their name to crypto companies without being explicit with fans about the potential risks.

‘I do not think West Ham are going to win many friends,’ he said. ‘We have seen a backlash [at other clubs].

‘Provided West Ham are seen to highlight all of the risks and potential dangers in such a relationship then they are fine. It is the same as buying a packet of cigarettes, if it comes with a big health warning.

‘But [in this case] I think it should be seen as gambling with a small ‘g’ rather than investing with a big ‘I’.’ 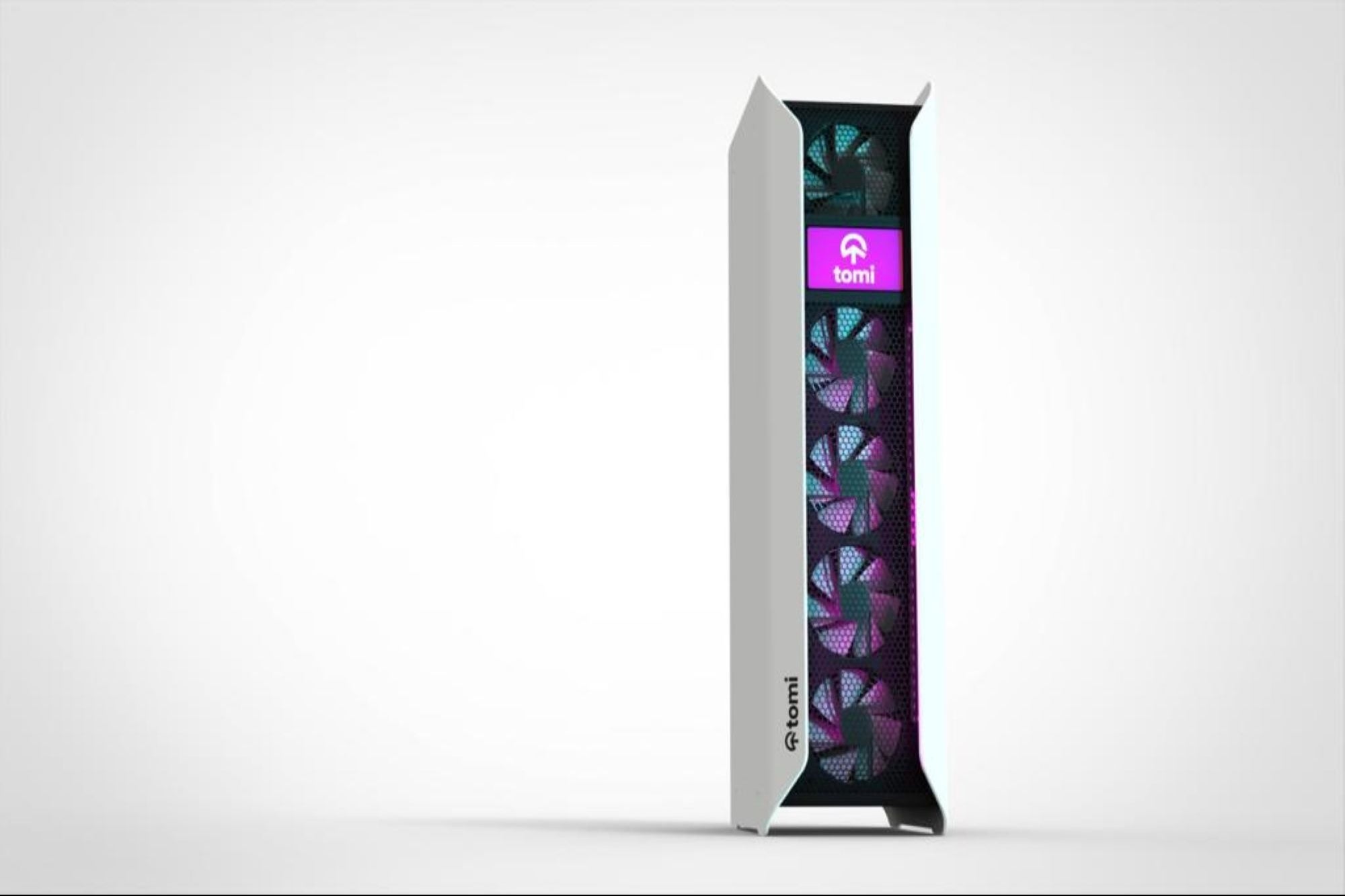 Crypto Company Is Reinventing the Internet

Opinions expressed by Entrepreneur contributors are their own. You're reading Entrepreneur India, an international franchise of Entrepreneur Media. Web3 helps individuals own... read more A Brisbane-based cryptocurrency company has sacked 21 per cent of its workforce with one employee learning she had lost her... read more

Within the last 30 years, the industry has changed considerably. One ever-present throughout, whose vision and bon vivant style, has... read more 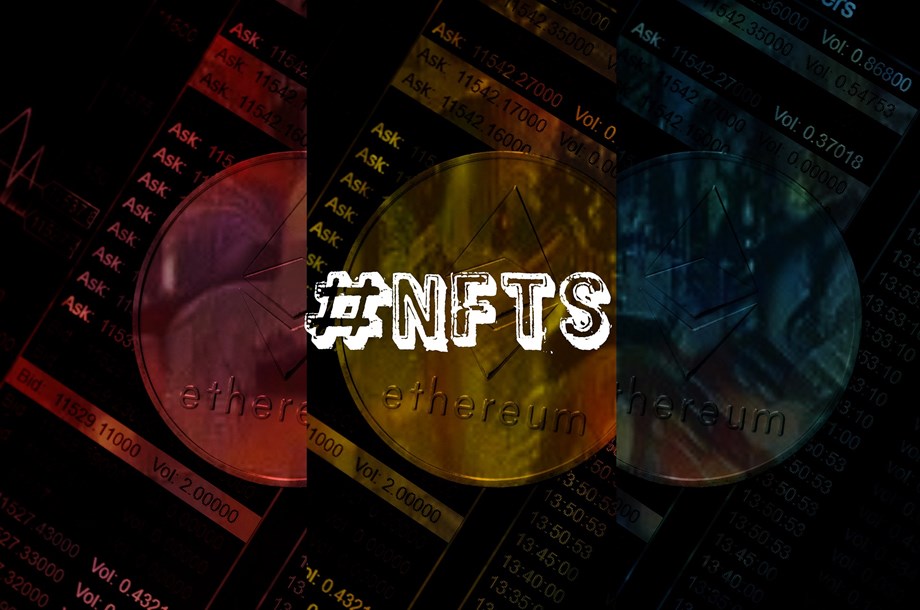 A new NFT trading craze where names are bought and sold for eye-popping sums is providing a multi-million-dollar lifeline... read more 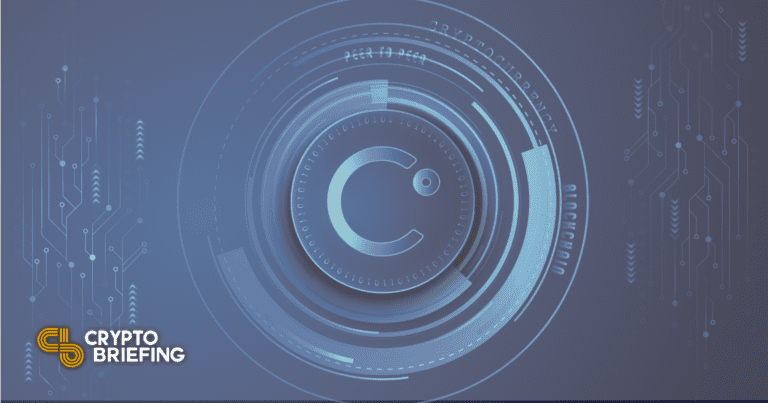 Another Celsius Exec Is Out as Auction Looms Financial app Revolut has received permanent approval from the Financial Conduct Authority to run its cryptocurrency business in the UK,... read more 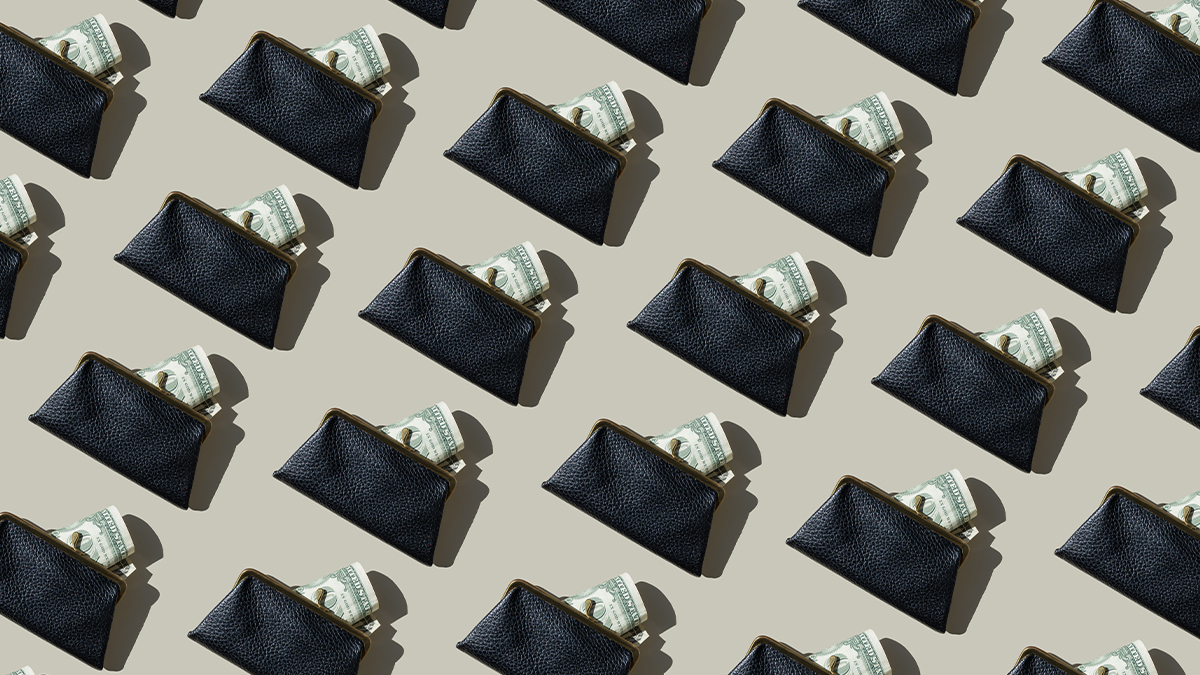 Restoring Shareholder Confidence When Your Stock Is Down

Numerous well-known companies have seen a decline of 60% or more in their stock prices from their recent peaks, all... read more 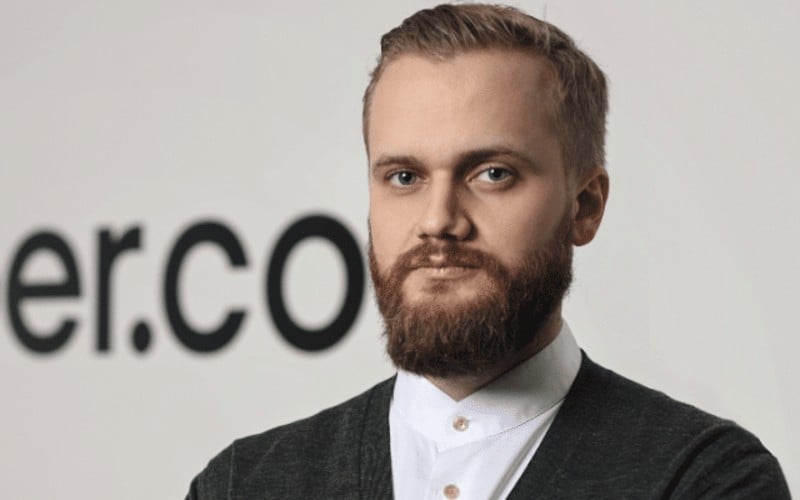 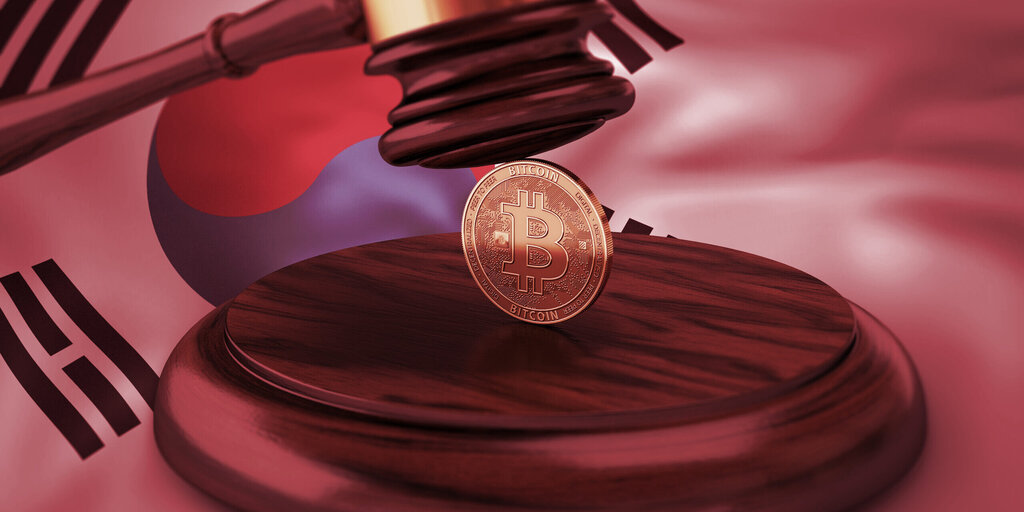 South Korean customers could lose access to more than a dozen crypto exchanges, as local authorities clamp down on foreign... read more