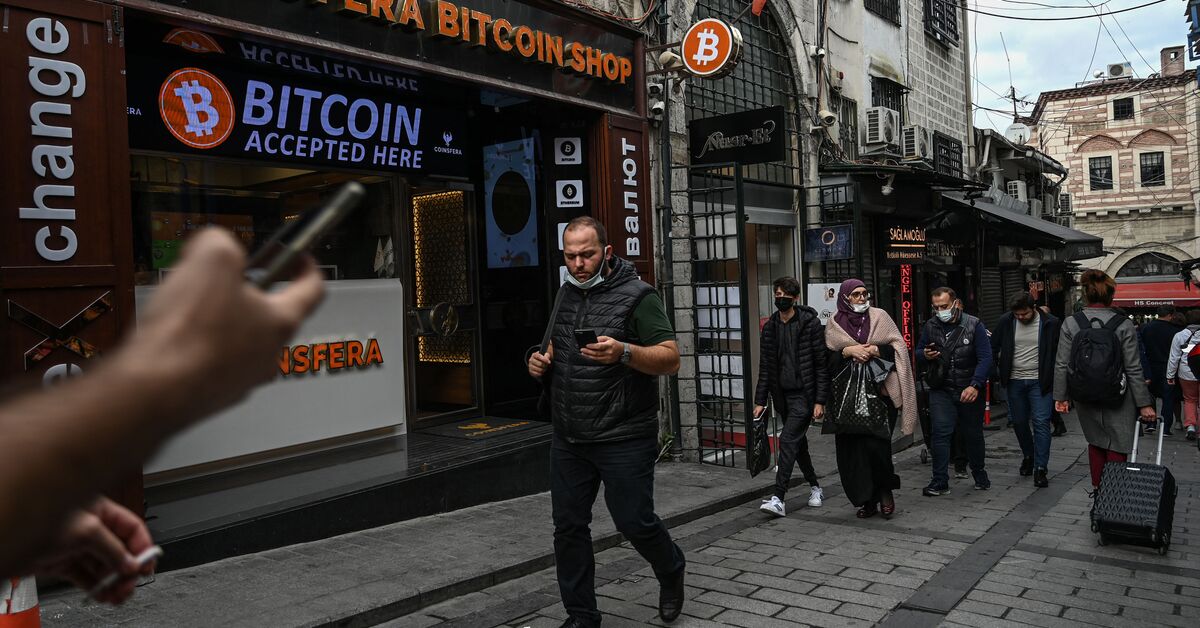 Despite ‘crypto winter,’ digital currency use remains high in Turkey

ISTANBUL – Since its peak in November 2021, Bitcoin’s value has fallen about 70 percent. The leading cryptocurrency’s latest tumble reflects a broader trend with digital tokens, which altogether have lost about $2 trillion in the last 10 months.

Users call this bear market a “crypto winter,” but the negative trend hasn’t dissuaded many traders in Turkey, who make up one of the world’s most active crypto communities, according to a report published in July by the research company Morning Consult.

The study found 54 percent of crypto users in Turkey continue to buy or sell digital currencies at least once a month, second only to Nigeria. Ismail H. Polat, a new media lecturer at Istanbul’s Kadir Has University who tracks the sector, estimates about 10 million Turkish citizens have purchased cryptocurrencies at least once.

Like elsewhere, local interest in digital tokens surged last year along with the value of leading cryptocurrencies, like Bitcoin and Ether. In Turkey, trading crypto was seen as a way to hedge against high inflation and to defend earnings amid the continued devaluation of the Turkish lira, which has lost about 26 percent of its value against the US dollar this year.

Even with the ongoing steep losses from the crypto winter, traders in Turkey continue finding utility in digital tokens, despite the risks posed by crypto’s inherent volatility and looming state regulations.

Sima Baktas, a lawyer and founder of CryptoFemale Turkiye, an education platform that holds crypto seminars and workshops, said many Turkish citizens were among cryptocurrency’s early adopters, but crypto’s popularity surged in recent years due to the people’s worsening economic prospects and diminished purchasing power.

“If you do your job according to regulations and pay your taxes and follow the law, it’s becoming impossible to buy a house and a car without support from your family or third parties,” Baktas told Al-Monitor. “So, people are trying other solutions.”

Baktas noted the situation was the same for doctors, lawyers and engineers in Turkey whose salaries have eroded under a sustained period of high inflation.

“But it’s not only about the economic situation,” Baktas said. “Turkey is the youngest country in Europe, and young people are more interested in crypto, which is another reason crypto is so popular here.”

According to government figures, the median age in Turkey was 33.1 last year. Baktas said the nation’s millennial-or-younger majority is both more open to online or mobile banking as well as alternatives to traditional banking.

While mobile banking apps have seen high adoption rates in Turkey, they remain linked to traditional banks and their transaction fees. In making the use case for cryptocurrencies, proponents most often highlight their low transaction fees on international money transfers.

Fees can be particularly low if both the sender and receiver use the same cryptocurrency exchange, like Binance, the world’s largest exchange site. For money transfers, crypto users often use Tether, a so-called “stablecoin” whose value is tied to the US dollar and is the third most popular digital token by market capitalization, after Bitcoin and Ether. Notably, Tether is also often the top coin in global daily trade volume.

Turker said generally using Tether is “much cheaper than any other fiat transaction,” with the word “fiat” referring to currencies backed by governments.

“Using a blockchain like Avalanche or Tron, transaction fees can be as low as five cents of a dollar,” using Tether, Turker told Al-Monitor. “This is especially true for remittances that are micropayments.”

Between 2020 and 2021, data published by Chainalysis also showed Turkey was a regional leader in the use of crypto to send and receive money from abroad. In addition to online and mobile interfaces, many people in Turkey also use physical crypto exchange stores, which convert currencies and provide services on commission.

There’s a cluster of about 10 such stores near the eastern entrance of Istanbul’s Grand Bazaar. A manager of one shop, who asked to remain anonymous, said for foreign money transfers it is “most logical” to send Tether between two clients on Binance.

“The highest you would pay for a $100,000 transfer is 80 dollars,” the manager told Al-Monitor. “With a bank, the fee could be more like 3 percent” of the total transfer.

Similar savings can apply for tourists in Turkey, where some ATMs charge up to 7 percent or more for cash withdrawals.

The manager said half of their recent clients were foreigners, primarily from Russia, Ukraine, the US and Afghanistan. Following the Russian invasion of Ukraine, Ukrainians have increasingly used crypto for money transfers abroad and as a result ranked second, behind US citizens in global crypto use, according to a Merchant Machine study in August.

The other half of the manager’s customers were Turkish citizens looking to move money abroad. Apart from international money transfers, the manager said Turkish citizens use crypto for day trading, margin trading (which leverages profits and risk) and long-term investments.

“With day trading, some people can make up to $100 or $200 a day,” the manager said. “For Turks, that’s good money because of the exchange rate. A hundred dollars has much more value in today’s Turkey.” In the national economic downturn, the cost of living has shot up in recent months while minimum wage is currently at 5,500 liras (or about $300 US) a month.

Still, cryptocurrencies were often marketed as hedges against the fluctuations of traditional investments before the current “crypto winter,” in which crypto itself has mimicked trends in broader markets and asset classes instead of acting as a counterweight.

Despite the financial losses absorbed by crypto traders since November 2021, crypto culture appears to be thriving in Istanbul with multiple events and expos planned through the year.

Mixed in the hype is the usual quirky humor found elsewhere in the community, such as a coin named after Boji, the public transit riding street dog that drew headlines in Istanbul last year. There are also the apparent ploys to raise the profile of specific digital tokens, exemplified in one referee’s controversial use of a crypto token during the kickoff ceremony of a popular football match in May.

But there are also signs of government interest in the field, most recently seen in a July meeting between Turkish Finance Minister Nureddin Nebati and Binance CEO Changpeng Zhao. Separately, President Recep Tayyip Erdogan in January called for a state-led study on the metaverse and blockchain technologies, arguing Turkey should take part in shaping the digital future.

Looking at future uses for crypto in Turkey, Baktas, the founder of CryptoFemale Turkiye, said the country is currently home to many gaming companies that could adopt crypto tokens into gameplay. As examples, she highlighted two blockchain-based games created by Turkey-based teams, Avaxtars and Valhalla, which appear to be in development stages. “If Turkey makes the legal structure, more crypto companies would come do business here,” Baktas said.

Nearly all sources interviewed supported some form of government regulation on cryptocurrency use in Turkey. To date, there is a ban on direct purchases through crypto in Turkey, but not on trading or transferring tokens.

Crypto proponents believe regulations could help synchronize the sector with other financial services and reduce the threat of scams, as highlighted with the August arrest of Turkey’s Thodex crypto exchange founder, who abruptly left the country last year after the exchange went offline with hundreds of millions of dollars in users’ cryptocurrencies disappearing along with it.

Turkish crypto sector observers said most likely the government will begin taxing exchanges and possibly other services. Few believed the state would try to clamp down on crypto usage 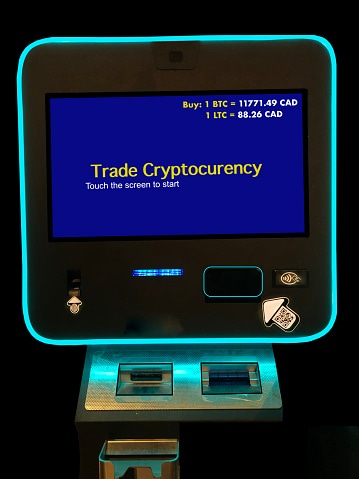 Crypto ATMs Market Will Soon Reach $400 Million. Can It Help?

Crypto winters, Robots, and when will India make up its mind about Crypto – TechCrunch

TechCrunch is more than just a site with words. We’re also building a growing stable of podcasts focused on the... read more 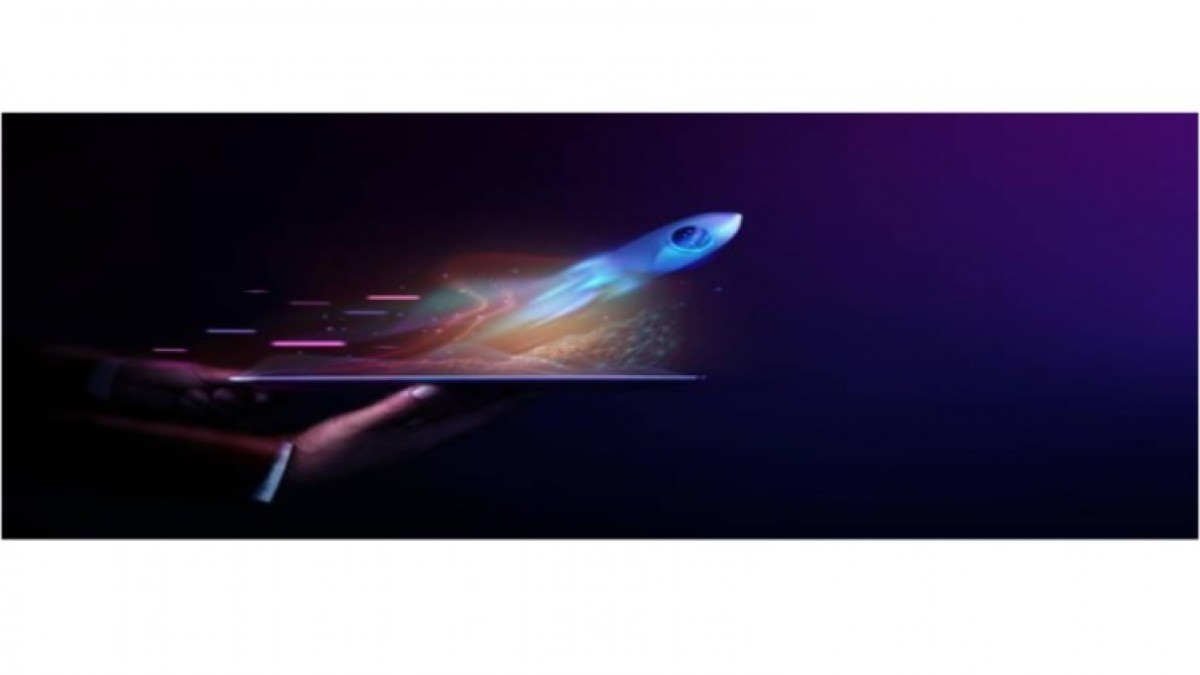 The creation and introduction of the first cryptocurrency project, Bitcoin (BTC), has ushered in the development of new projects with... read more 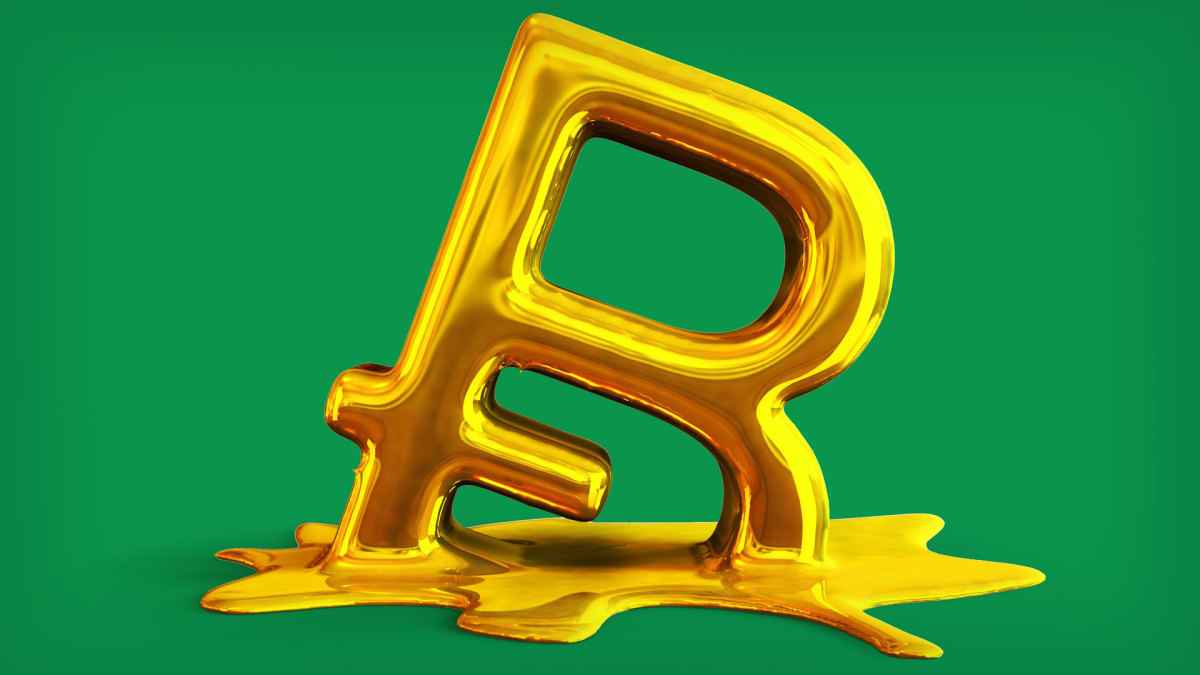 Bad News for Bitcoin Fans: Crypto Winter May Have Only Just Begun 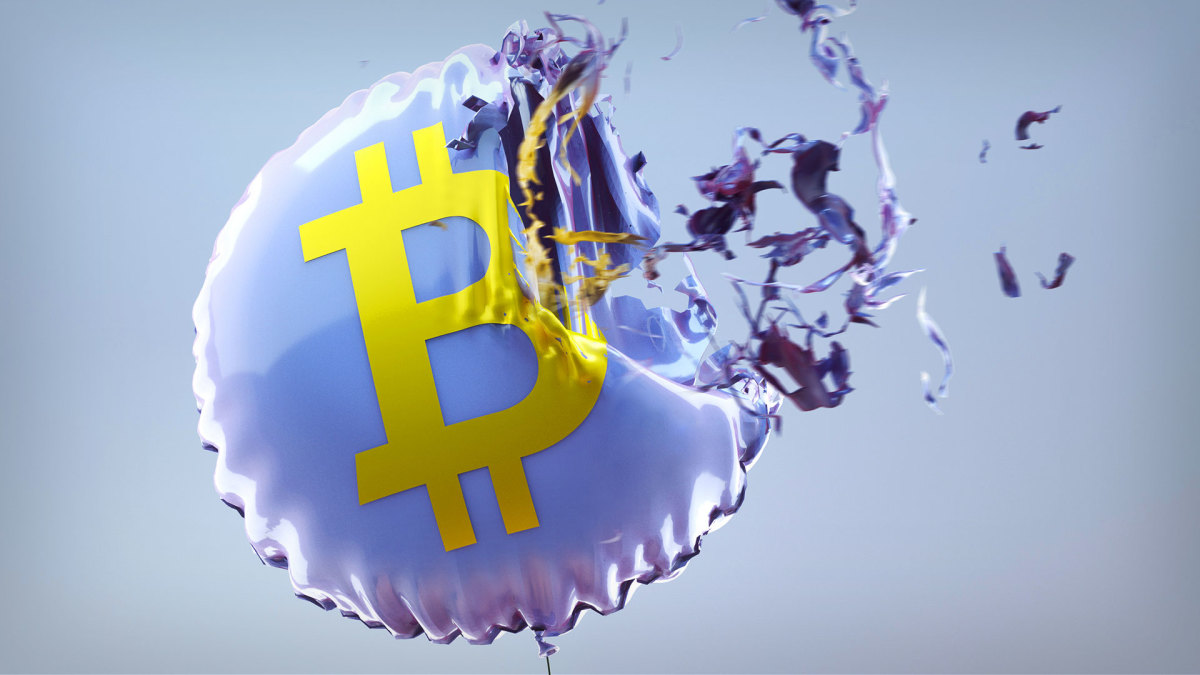 A reckoning in the crypto industry appears to be on the way. Nearly four months after the collapse of Luna and... read more

The crypto expert is now sharing his cryptocurrency knowledge to help the younger generations succeed in amassing wealth through investment.... read more 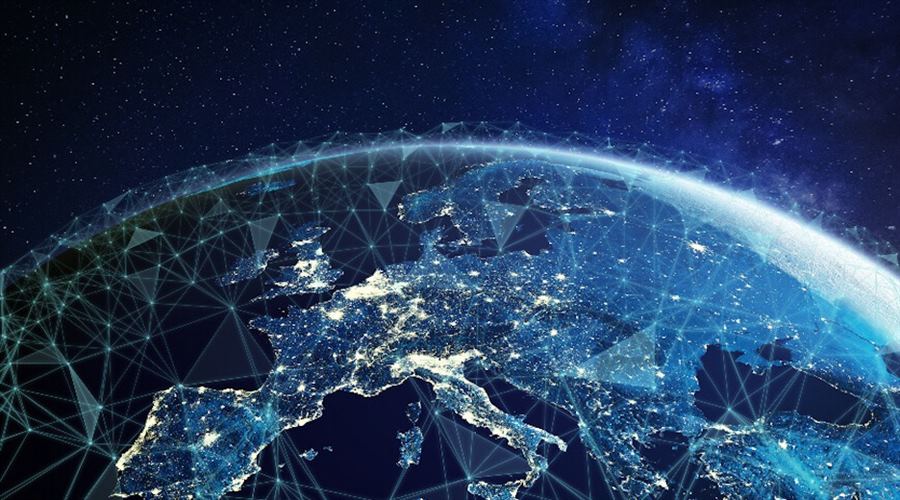 Are Crypto Startups Wasting Money on Audiences Who Don’t Care

No matter how sophisticated the copy, how strong the call to action, or how revolutionary the product, marketing to the... read more 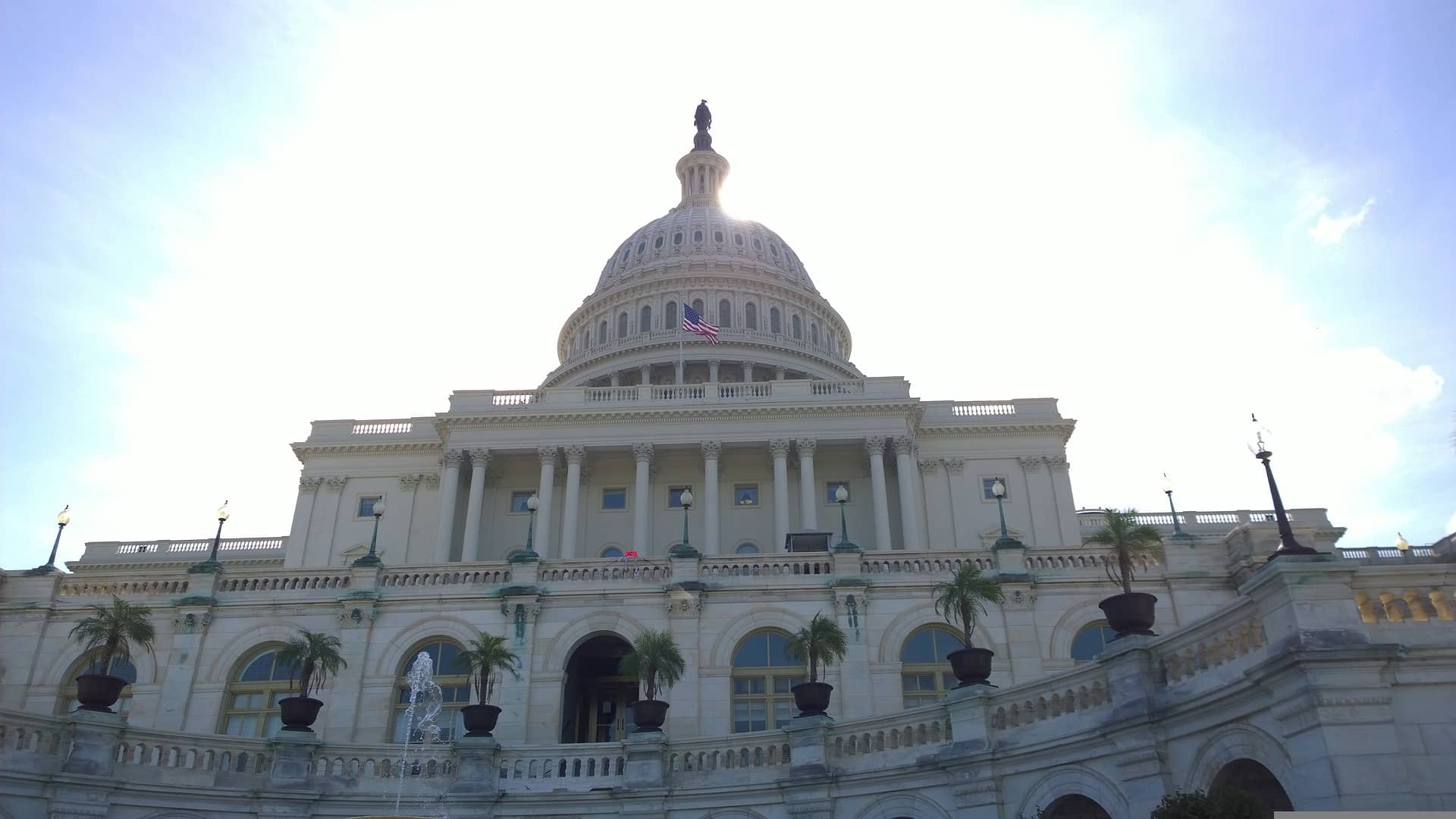 The U.S. Senators Revised Cybersecurity Bill To Include Crypto

Is It the Next Big Thing in Crypto World?

After a temporary bear market, the crypto market is again going to see a major boom. This time a major... read more 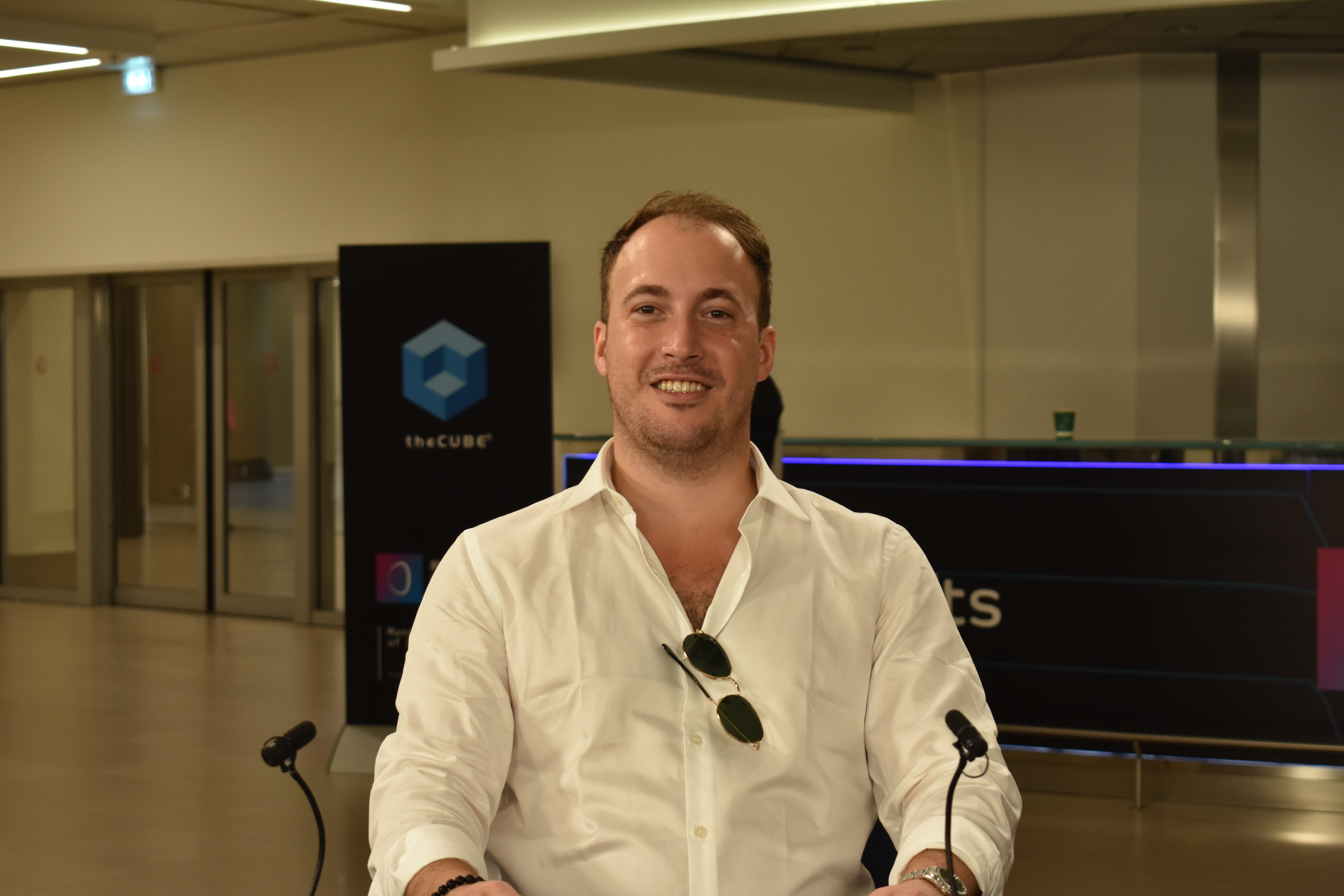 As crypto gains popularity, people are wondering what the future holds for blockchain-based currencies and technologies, especially investors. During Monaco Crypto... read more